When the leading causes of death in the United States can be prevented, we should focus on preventive care. It’s only logical. 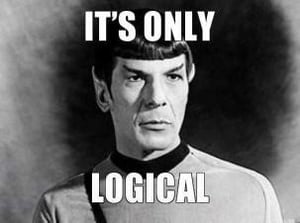 Chronic diseases are the leading cause of death and disability in the United States, according to the Centers for Disease Control and Prevention. Heart disease and cancer are the nation’s top two killers. Another mostly-preventable disease, diabetes, is No. 7 on the list.

According to the American Heart Association:

LISTEN: Quality Talk Podcast - How to Be a Good Patient

These 20 stats and prevention facts bring to light the fact that there are simply too many preventable deaths in our country.

As an industry, healthcare providers are moving away from diagnosing and treating illnesses one episode at a time. Still, they can take a more holistic approach to patient care with a focus on prevention, putting a bigger emphasis on helping patients with chronic conditions better manage them, so that they’re less likely to become ill enough to wind up in the hospital – again, and again, and again. At the same time, clinicians are increasingly keeping their focus on keeping at-risk patients from developing chronic conditions.

Is Your Lineup Ready for Quality Reporting? Your Patient is the MVP